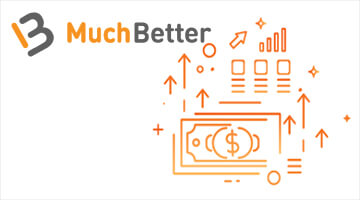 Approached by a well-known European operator, MuchBetter had a chance to be a part of a creative marketing campaign which was designed to benefit the payment system and the operator, as well as the existing players.

Aiming to convert its top players into promoters for the brand, the operator decided to incentivise them and boost deposits on reduced transactional costs. In response, MuchGaming suggested a campaign that revolves around the MuchBetter payment app.

During the campaign, the players were prompted to deposit through the MuchBetter payment app. For this, they would receive a branded loyalty gift, a match deposit bonus from the operator and a cash credit courtesy from MuchBetter. Now that everything was planned, the question remained – how to approach this?

The team used innovative technology and visionary tools to secure success for the campaign. By combining direct mail, email marketing and other useful solutions, the campaign generated terrific results; the sign-up rates were exceptional, there was a notable boost in deposit activity and over €284,000 was generated in accumulative gross deposits. According to the CCO of the European operator, this has been their most successful marketing campaign ever, by far.

MuchBetter developed an elaborate approach for the campaign:

Gaming operator’s logo and brand were put on 21,500 NFC key fobs which are used as devices to make contactless MuchBetter payments in any store. As long as they have a MuchBetter account, players can use their key fob to fund their gaming accounts and transfer winnings to spend online.

Free key fobs were distributed to 21,500 top players. Each of them received an email beforehand informing them about the promotion and the use of their new key fob. This way, the players were engaged from the offset. The match deposit bonus of 200% up to €200 and additional cash credit only motivated them further to deposit with MuchBetter.

Two landing pages were used to guide players through the process of signing up and claiming the match deposit bonus and cash credit. The first page was hosted on the operator’s website and had the role of an introduction, explaining what the benefits were should the players register a MuchBetter account.

The second landing page was hosted on MuchBetter’s secure domain and it provided a quick sign up. Customer experience was optimized with such convenient features as automated form-filling.

The outstanding effects of the campaign could also be seen in the aspects of promotion expenses and brand exposure. By teaming up with MuchBetter, the operator benefited from the overall lower payment costs. Across the campaign, CPA was extraordinary low.

Only an average of €13 was spent per activated player, and there were more than 7K active created accounts. Twenty days into the campaign, the operator earned €140,000 in gross gaming revenue. Furthermore, players became promoters for the brand by merely making purchases with their contactless key fob out in the world.

The device has an average lifetime of 7 years, and that’s a lot of purchased beers or coffees, as well as a huge number of potential new players who’ve spotted the gaming operator’s brand on the key fob as the purchase was being made.