Those who feel confident enough to take on one of the reigning poker streamers and show them a thing or two about the game will finally be able to put their money where their mouths are. The award-winning payment provider MuchBetter has agreed to sponsor the first tournament that enables the unacclaimed poker aficionados to challenge the proven players, thus potentially qualifying for the seat in the European Poker Tour in Barcelona this August and Lex Live 2 in London ( September 27 – October 6).

With the help of the PokerStars Home Game Platform, the most renowned poker streamers, including MuchBetter brand ambassador Lex Veldhuis, have formed 6 private poker clubs which will enable them to compete with the challengers across 4 games. The following clubs will be contesting for the finals: 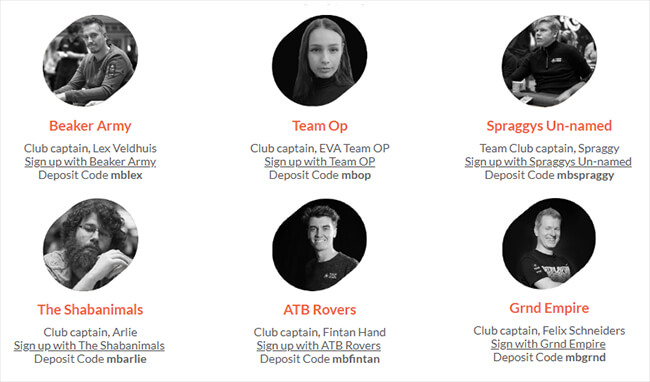 How to Join the Competition?

To start chasing your dream, download the MuchBetter app and the PokerStars software. After completing the installation process, continue by ticking off the following steps from the list:

Tournament tickets will be immediately granted and the admission fee for each of the games is $0.55. A challenger can represent more than just one ambassador during the regular season, placing multiple deposits and redeeming the relevant codes:

The players will, however, be permitted to select just one chip stack for the Grand Final – only one entry will be granted per player, and in case of multiple qualifications, the extra seat will go to the runner up. The top 3 contestants will get to claim additional chips – 100% for the highest-ranked home game player, 50% for the second place and 25% for the third place.

The last stage of the competition is scheduled for August 11 (2 PM Eastern Time), when 25 of the best contenders (from each of the 4 home games) and top 25 Last Chance Freeroll winners will meet for the ultimate showdown with the pros.

What Exactly Is the Last Chance Freeroll?

Even if your concentration breaks and you do not manage to join the ranks of the lucky 25 front-runners, the Last Chance tournament on August 11 will boost your odds for winning the seat in the Grand Final.

Prizes for the Home Game Finalists

Special prizes for the Hands of the Week and the bounties attached to the Club Captains’ heads can also be claimed.

The Tournament Got Everybody Excited

Israel Rosenthal, MuchBetter CEO and co-founder, stated that this is a great opportunity for every poker fan to go back to the basics and experience the game’s essence.

“The future of poker also involves going back to its home roots through community tournaments like this”, added Rosenthal.

Lex Veldhuis is equally excited about the upcoming tournament, declaring “war” to his followers.

“I’m sure my followers will love the idea of beating me in a private game, but don’t expect me to go easy on them. I want to win this tournament as much as anyone, and make sure I come out on top against the other streamers”, said Veldhuis.