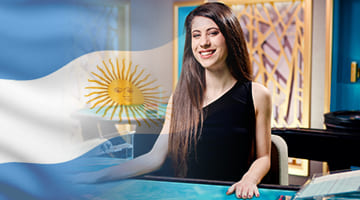 Evolution, a world-leading iGaming juggernaut, has announced its entrance to the Argentinian market. The company has launched its prestigious Live Casino game portfolio in the newly-regulated Buenos Aires Province jurisdiction. Evolution is the only Live provider to open the new jurisdiction on the first day.

Additionally, Evolution is about to go Live with multiple other operators in the market, with various games from Ezugi coming up. There are two iGaming markets in Buenos Aires, the one run by the Autonomous City of BA and the newly regulated one. The former features RNG games, including Evolution’s First Person Titles and various NetEnt releases. The regulation process for Live games is currently in progress, and when it finishes, Evolution’s Live titles will also be there.

A World of Opportunities

The Autonomous City of Buenos Aires and Buenos Aires Province are the two parts of the city where most people live. iGaming is regulated separately by each market. The entrance of Evolution, an iGaming behemoth, into these jurisdictions represents a giant step ahead for them. It will allow operators from Argentina to expand their player databases and reach new customers. Offering new titles to players is always a great way to establish your status as a frontrunner in the market.

Evolution doesn’t plan to stop expanding its influence in the jurisdictions, with plenty of new operators waiting to offer its releases. Latin America is a booming market, and no operator would mind hosting the games of such an iGaming behemoth as Evolution. If both the enterprise and the operators in Buenos Aires take the opportunities presented to them, this could be the beginning of a beautiful friendship.

Commenting on the launch, Monica Umana, Head of Operations LATAM at Evolution, has said this is a thrilling time for everyone in Buenos Aires. Evolution has a long tradition of being the first supplier in the market for numerous operators worldwide. The players from the city will be able to enjoy award-winning Live and slot games, and this is only the beginning. The company constantly creates new titles it will introduce as the market blooms.