1×2 Network Gets iGaming Licence in Greece 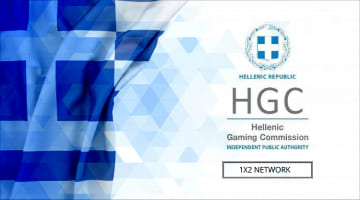 The award-winning iGaming content developer and aggregator, 1×2 Network, has been awarded a license by the Hellenic Gaming Commission (HGC). The latest certificate will allow this UK-based company to enter the Greek online casino market.

The Greek gaming license helps 1×2 Network launch games developed by its subsidiaries, Iron Dog Studios and 1x2gaming. These reputable game makers will now have a chance to present their games to the newly regulated Greek market.

One of the main strategies of 1×2 Network is to continue to obtain certifications in regulated markets across the world. So, the latest one from the Hellenic Gaming Commission comes as no surprise. The recent deal is beneficial for both sides. Greek licensed operators will be able to enlarge their casino lobby with world-class games from Iron Dog Studios and 1x2gaming. On the other hand, the game developers will broaden their public.

1×2 Network portfolio of games is currently available in over 300 casino sites in regulated markets. The company holds gaming licenses from the UKGC, MGA, Isle of Main, Gibraltar, Spain, Sweden, Italy, and Colombia. So, now, the roster of certificates is reacher for one more, this time from Greece.

Online casino players in Greece will get access to some of the most popular games developed by the two famous studios. Some of the games include 1 Million Megaways™ BC, Smoking Hot Fruits, Megaways™ Jack, Battle Maidens Cleopatra, and the latest release Rock the Reels Megaways. However, Branded Megaways is the signature brand coming from 1×2 Network and its Iron Dog Studio.

Branded Megaways are already present at many reputable online casinos worldwide. Royal Panda, LeoVegas – they all have their custom Branded Megaways games that are hugely successful. Powered by the Big Time Gaming engine, the game is fully customizable that helps operators create the title using their logo and look & feel. The concept became widely popular, and now there are more than 60 Branded Megaways slots on the market.

It means that Greek operators will also be able to develop their own unique Megaways games to attract more players and strengthen their brand identity.

Commenting on the Company’s Debut

Kevin Reid from 1×2 Network said they were proud to have been granted a license from the Hellenic Gaming Commission. The new Greece gaming certificate will enable the company to present the entire top-performing suite of games by Iron Dog Studio and 1x2gaming to operators in Greece.

He also added that the Greek gaming license is also a part of the company’s plan to grow its footprint in key regulated markets. 1×2 Network has been working hard to secure more certifications across the globe. Such strategy enables the company to broaden its reach, strengthen its position, and bring its award-winning content to more casino operators and gamers than ever before.