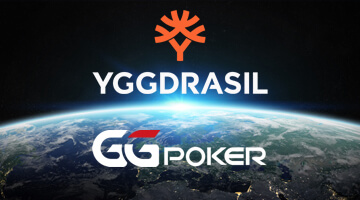 Yggdrasil, a world-leading online casino content developer, has expanded its global footprint substantially. It has made an agreement with GG Poker, the world’s most prominent poker room, to launch its content with it. The move will significantly extend its global distribution, making the content available to many new players. After a swift integration process, a group of top-performing Yggdrasil games was launched in several markets worldwide. Some titles contain the famous Game Engagement Mechanics, and new ones will be added soon. Gamers are in for pleasant surprises from the two well-respected brands.

GGPoker is the world’s most famous poker network that has recently included an online casino in its offering. The game library is substantially fortified by adding Yggdrasil’s premium content. This launch purposefully coincides with the WSOP (World Series of Poker) tournament series, which will draw plenty of players to the site. The operator will start a string of campaigns for players using Yggdrasil’s prominent promotional toolkit, BOOST. It always drives enormous player engagement, and is expected to do the same again. The agreement will enable Yggdrasil to launch its content across several regulated markets and reach new gamers.

Both companies look to expand their activities in the industry, so this partnership comes as a natural development. GG Poker wants to broaden its activity range by including an online casino and introducing slot games. Yggdrasil is one of the biggest iGaming brands, and the inclusion of its content will bring GGPoker many fans. Moreover, it is always commendable for an iGaming developer to reach new jurisdictions and players. It is expected Yggdrasil will soon become a household name among poker players and fans. Both parties expect the agreement to be mutually beneficial and bear fruits soon.

When a company has run its operations successfully for years, the only way to experience stable growth is to expand its activities. The negotiations to go Live with the full range of Yggdrasil content were successful, so the GGPoker customers will be able to enjoy the games. The integration has already happened, and both companies are delighted with the results. The games are now across all licensed jurisdictions for the players to enjoy. This integration is supposed to be another vital step in the strategies of both enterprises.

Partnership to Wish For

Officials of both firms could not hide their delight over the agreement, voicing their great expectations. Andrew Pegler, Yggdrasil’s Chief of Commercial Operations, has stated he is thrilled his company will launch its content during the WSOP. The enhanced site traffic will enable players to get to know new games. Yggdrasil is delighted to be the central part of GGPoker’s growth. The integration procedure has shown the magnificent degree of collaboration and the strength of the partnership. Paul Burke, GGPoker’s Head of PR, has noted they wanted the best content, and Yggdrasil offers it. GGPoker cannot wait to add more of Yggdrasil’s fantastic content in the coming months.