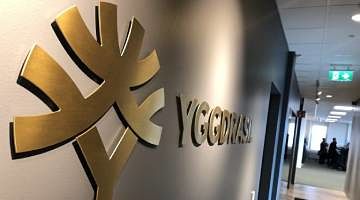 Yggdrasil, a market-leading online casino content provider, has signed another agreement with Reflex Gaming. The world-class developer will introduce its in-house Game Engagement Mechanics (GEMs) to the land-based sector. This achievement will happen for the first time in the industry. Reflex, a multi-channel supplier of machines and games, will incorporate the GEMs into its retail games across the UK. They will be available in arcades, shops, pubs and other pastime venues, offering new possibilities to players.

Reflex Gaming has been teamed up with YG Masters since 2020, launching eleven games through the program. Many of them feature Yggdrasil’s in-house GEMs, including Desperate Dawgs 2 Gigablox and Dublin Up DoubleMax. The partnership has already brought successful results, and everyone hopes it will continue in the same fashion. Yggdrasil’s trademark GEMs have been vital to the company’s most popular titles in recent months. They include MultiMax, Gigablox, DoubleMax, Splitz, GigaRise and FastPot5. Moreover, the famous studio has recently added DuoMax and WildFight, completing the list so far.

This extended partnership will see the two studios enhance their capacities, for the popular GEMs will make their land-based debut. Reflex Gaming will thus be able to offer its players and retail customers popular mechanics from its online channel. They have already proven their worth amongst the players, but being able to use them at a land-based venue is a giant step ahead. Officials hope this collaboration can last for much more, bearing new fruits in the future. Yggdrasil is one of the iGaming giants, and its GEMs represent a big part of the company’s success.

Furthermore, Reflex Gaming was founded in 2004 and quickly became the largest independent UK machine supplier. It also has an expansive portfolio of proprietary IP, so it has a lot to say in the developing department. Its library includes some immensely popular land-based games across the UK and other countries, including the Netherlands. It has over 4,500 digital machines attached to the popular Slingshot platform, which is an enviable achievement.

The two companies’ representatives could not hide their excitement and delight regarding the partnership extension. They all have great expectations, hoping the best is yet to come. Stuart McCarthy, Yggdrasil’s Head of Product and Programs, has stated that bringing GEMs to the land-based space represents a milestone achievement. Reinforcing the partnership is a great move, given the already-successful collaboration between the enterprises. Taking it to the retail sector is a giant step forward and a testament to the GEMs’ strength and quality.

Mat Ingram, CPO at Reflex Gaming, has added that his company is overjoyed with what it achieved as a YG Masters collaborator and partner. The GEMs’ performance on their online releases over the last few years has been thoroughly impressive. They are ready for another exciting milestone and see great potential in bringing the mechanics to the UK. 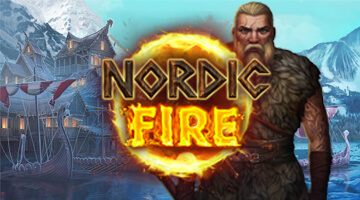 GAMOMAT, a well-respected online casino content provider, has launched the fifth game from its Fire…