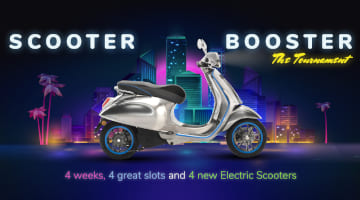 A very interesting August is waiting for us at PlayOJO Casino, thanks to their latest Scooter Booster promotion. A brand-new Piaggio Vespa Elettrica Scooter can be won at the end of each weekly tournament, but that is only one of 100 prizes waiting for you every week.

Wait for 3rd August, because that is when the action starts. Four weeks, four different weekly tournaments, four different video slots to be played, and a total of 400 prizes to be shared. Each week a new Piaggo Vespa will be claimed, along with 99 other rewards.

Four Tournaments with Four Vespas to Be Won

Every single week a new game can be played and every week you start off from the beginning. The trick is to collect as many points as you can for the leaderboard by playing the game of the week. Here is the complete schedule of the tournaments and video slots that will be played:

It is important to mention that featured games mentioned above can vary depending on the country the gamers are coming from.

Collect Tickets and Work Your Way Through the Leaderboard

One Free Ticket can be yours after you have made at least 100 paid spins, and only one Free Ticket can be claimed per day. However, players can buy the ticket for £1, which will get them 20 Tournament Spins on the game of the week. There are no limits on how many tickets you can buy during the tournament.

The Tournament Spins will not get you any wins, only points for the leaderboard. The top 100 gamers will get their rewards, out of which 95 of them come in the form of Free Spins. Here are the top 5 prizes:

Click here and visit PlayOJO Casino if you want to test your luck and win a new Piaggio Vespa. 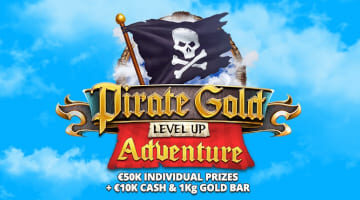 Most of you probably pretended to be pirates when you were little, looking for long-lost… 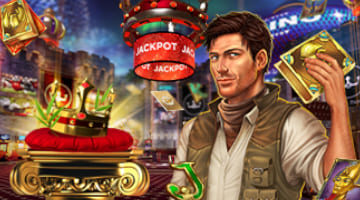 His Royal Majesty, the King of Pandas, is very fond of his loyal followers and… 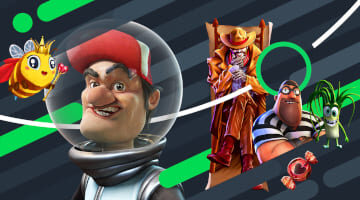 July will certainly be one of the hottest months this year at Sportsbet.io, thanks to… If 7 is your lucky number, then you will love the Lucky 7 Cash Races… 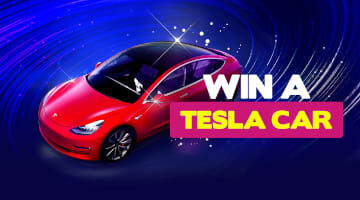 After a huge success of their previous Tesla promotion, the good people of Bitstarz Casino…