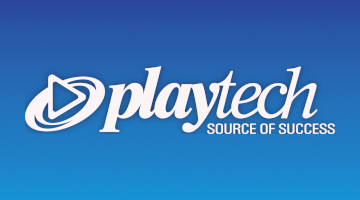 The leading developer of online casino content Playtech has announced the signing of an important agreement. This significant milestone should help the Isle of Man-headquartered business to further bolster its presence in North America and reach a wider audience of players.

The recently-signed licensing agreement with International Game Technology (IGT) comes after several such deals were inked earlier this month, including those with Swiss Casinos, Norsk Tipping and SKS365. All of them, including the partnership with IGT, should increase Playtech’s footprint in one of the most important markets in the world.

Under the provisions of the latest licensing deal, Playtech will be able to give its US customers the chance to enjoy the game feature patent portfolio developed by IGT.

Commenting on the deal, Chief Operating Officer at IGT, Nick Khin, said he was delighted to have joined forces with Playtech and to provide it with access to the most extensive game feature patent portfolio in the States.

Khin pointed out that partnership with Playtech would help both sides grow and help them further strengthen their market positions.

The IGT deal represents a crucial step in Playtech’s expansion strategy in North America. So far, the gambling technology giant has secured a license in New Jersey and went live across BetMGM’s network. In addition to that, they also signed a deal with bet365 earlier this year.

Playtech has been eyeing a partnership with a leading name in the market for some times now. The goal was to increase its distribution capabilities not only in the US but across the continent as well.

Chief Operating Officer at Playtech, Shimon Akad, was more than pleased. He said the new deal was a significant milestone in Playtech’s efforts to increase its North American presence. Akad added he was looking forward to offering the software and technology produced by his firm to customers in the US

Playtech was founded back in 1999 and has since become one of the biggest names in the world of gambling and financial trading. It provides its customers with a wide variety of gambling software and services, from casino to sports betting, poker and Live Casino. Present in 24 countries around the world, the developer employs nearly 6,500 people.