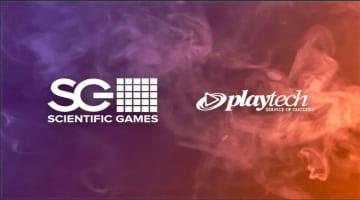 The latest partnership between two of the biggest online casino content providers will allow both parties to benefit from their scale and reach. The two companies also share the same goal. Playtech and Scientific Games plan to bolster their presence in the US, Europe, and Latin America.

Landmark Partnership to Benefit Both Sides

The new cooperation will enable Playtech to offer its rich portfolio of games to Scientific Games clients through its Open Gaming System (OGS). OGS is the world-famous end-to-end iGaming ecosystem that helps developers offer their games through one seamless integration. As a result, OGS now boasts more than 3,000 games from 300+ software providers.

Such a scale and reach is a perfect match for Playtech who’s also acknowledged as the world’s leading casino content supplier. The new contract includes Playtech’s tier-one casino offering. Playtech is a renowned gaming brand with a multi-product portfolio. Their library contains world-class online slots, table games, and top-performing live casino titles. Under the terms of the new deal, Playtech’s games will be integrated with SG features and promotion tools.

New Jersey will be the first state to start rolling out Playtech’s games through the OGS. But, more states are also eagerly awaiting to introduce famous titles from the industry giant. The new partnership is an important step forward for Scientific Games and its reputable Open Gaming platform.

As mentioned earlier, the platform boasts over 3,000 gams. The company develops many games in-house, but it also features titles from third-party studios, like BTG, ELK Studios, Lightning Box, and many more. Finally, SG also provides jackpots and engaging promo tools that include tournaments, missions, and free rounds.

Shimon Akad from Playtech said that the new deal was an exciting move set to have a significant impact on the iGaming industry globally. He added that one of Playtech’s main strategies was expanding its reach through various leading B2B supplier deals in key regulated markets. Akad also pointed out that this partnership will help Scientific Games increase content distribution to regulated markets in Europe and Latin America.

At the same time, Playtech’s customers will get access to even more exciting games. Finally, Playtech looks forward to benefiting from SG’s leadership role in the US market as the company plans to launch its game portfolio in all regulated states.

Jordan Levin from SG also said they were thrilled to bring more engaging casino content to the US and beyond. He also stressed the importance of Open Gaming that helped many gaming providers get new opportunities and extend their footprint within regulated markets. In the end, he said that Scientific Games were very excited to be the ones to bring Playtech’s world-renowned titles to their partners across the globe.