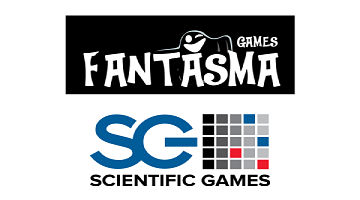 Fantasma Games, a Swedish gaming company, has announced a milestone agreement with a world-famous OpenGaming platform by Scientific Games Corporation.

The new distribution deal with Scientific Games enables Fantasma to expand the market reach and offer its entertaining content through the OpenGaming global network. OpenGaming digital ecosystem contains a rich library of more than 3,000 games from the world’s leading studios.

The new agreement will help Stockholm-based iGaming supplier broaden its reach and make its content available to players from the United States, Canada, South America, and Europe. Fantasma will utilize the Scientific Games’ OpenGaming aggregation platform getting access to cutting-edge player features like free-rounds and responsible gaming tools. The operator’s primary goal is to create and debut the first title during fall 2021. Other games will also be exclusively launched through the OpenGaming network within the next 18 months.

The latest distribution deal between Fantasma and Scientific Games will be valid for up to four years. Such cooperations help operators supported by Scientific Games to offer their games to players in the regulated markets in Europe and beyond. It also enables suppliers to position themselves as important market players delivering exciting content to the ever-growing player base.

Fantasma Games was established in 2016. Its business vision of developing slots beyond gambling enabled the company to quickly become the go-to online slots supplier. The studio works with more than 150 operators across 50+ markets. Although the studio currently features a modest game portfolio, agreements like this will help them grow and diversify further.

Commenting On the Brand New Partnership

Fredrik Johansson, Commerical Director of Fantasma Games, said that the studio was both happy and proud to offer its casino content to players in North America. As a relatively new gaming provider, this was a huge achievement for Fantasma. He also added that Fantasma aimed at reaching the broadest possible audience. Now, with support from Scientific Games and its global operations, Fantasma will be able to achieve its goals. Mr. Johansson further pointed out that Fantasma studio would work hard on developing many new titles. He also added that they were looking forward to presenting new games through the latest partnership with Scientific Games.

Steve Mayes, Partnership Director at Scientific Games Digital, also commented that Scientific Games was growing its aggregation platform by adding fresh content and creative providers. One of them is Fantasma Gaming. He said that they quickly recognized that Fantasma was the perfect new addition to the OpenGaming portfolio as a young studio driven by innovation.

The partnership with Fantasma studio came after Scientific Games recently signed another important agreement with Gild Dust Casino and Hotel. The cooperation will enable the supplier to implement Scientific Games’ iVIEW technology and other systems across 200+ slot and table games.