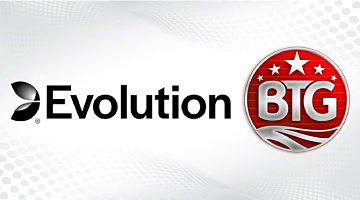 Evolution has entered into an agreement to purchase Big Time Gaming. The decision follows the recent acquisition of the Swedish online slots and live dealer games provider, NetEnt.

The latest news confirms that the renowned live casino specialist has decided to further bolster its global business. This time Evolution is ready to buy Australia-based online slot developer BTG for a staggering €450 million.

Following the recent acquisition of NetEnt, finalized in November 2020, the new deal strengthens Evolution’s strategic position in the online slots vertical. The transaction is subject to regulatory approval that is expected to be closed during Q2 2021.

Evolution has announced it will pay a total of €220 million in up-front consideration. The company will pay €80 million in cash and the remainder in the newly released Evolution shares. Furthermore, Evolution will need to pay earn-out payments based on the BTG’s EBITDA for 2022/23 and 2023/24, which will amount to €230 million. The company will pay the earn-out 70% in cash and the remaining 30% in newly released shares in the enlarged group. It is expected that the company will issue 1,120,000 shares to complete the transaction. Furthermore, the new Evolution shares will be valued based on the average price on Nasdaq Stockholm during a period between March 23 to April 7, 2021.

Both sides are excited and look forward to working together on developing innovative new games that will once again raise the bar higher. Evolution chairman Jens von Bahr said that adding one of the most famous slots portfolios to Evolution’s rich library would strengthen the company’s strategic position as the leading online casino games provider.

On the other hand, Nik Robinson, the CEO at BTG, added that Evolution and Big Time Gaming were the perfect match. He said that both companies were driven by innovation and promised a bright and entertaining future for the players.

Big Time Gaming is one of the most esteemed iGaming content developers famous for its Megaways slot mechanic. Megaways technology has transformed online slots allowing hundreds of thousands of paylines. Megaways has been crowned as the most innovative slots mechanic and licensed to many other slots creators to enhance their titles with a unique feature. One of the most popular online slots globally that use the technology is Gonzo’s Quest Megaways by NetEnt.

Many were surprised when Evolution announced the acquisition of NetEnt. More eyebrows were raised when the news broke that Evolution closed NetEnt’s live casino division. So, it was only a matter of time before Evolution disclosed how they’d use the vast NetEnt resources. In March 2021, Evolution revealed a brand new live game show Gonzo’s Treasure Hunt, based on the popular Gonzo’s Quest slot.

Following NetEnt’s example, we’re more than excited to see how Evolution will benefit from Big Time Gaming’s groundbreaking technology. The world-famous Megaways are now powering more than 200 games from various providers. However, BTG didn’t want to stop there and continued to deliver even more exciting new features like Megaclusters and Megaquads. Knowing that Evolution’s creative kitchen will soon get access to these game-changing slot mechanics, we can only look forward to more innovative games that will further raise the bar.