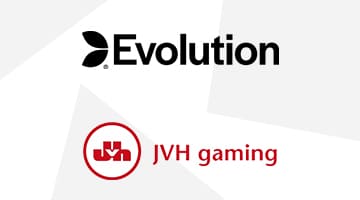 The leading provider of live dealer games, Evolution, has announced the signing of a new partnership deal with JVH gaming & entertainment group.

The new agreement will see the company further expand its presence in the Netherlands. Under its provisions, Dutch players will be able to access Live Casino content and services provided by Evolution.

JVH has been doing business in the Netherlands since 1958, and is one of the biggest names in the country’s market, serving over four million casino players every year.

An Important Move for Both Sides

Jack’s Casino should get its online variant once the country’s regulated online gambling market goes live on September 1, 2021. Thanks to the deal mentioned above, JVH will offer its customers the chance to enjoy Evolution’s Live Casino portfolio, First Person RNG games and the rapidly-growing range of game show titles. Evolution will also create a branded Jack’s Casino environment in one of its live studios.

Speaking about the company’s plans to venture into Dutch regulated online market, Chief Executive and Chairman at JVH, Eric Olders, said the Live Casino experience would be worth the wait.

The launch of the local online gambling market has been delayed several times over the last couple of years.

Olders pointed out that Evolution’s Live Casino offer would allow their customers to enjoy a mix of online casino classic and the state-of-the-art game shows that delivered a whole new entertainment level.

Older added he was confident they would have a trusted partner in Evolution.

John Nordstrom from Evolution said they were proud to have joined forces with such a big name like JVH group, and added he was looking forward to working together in the country’s market.