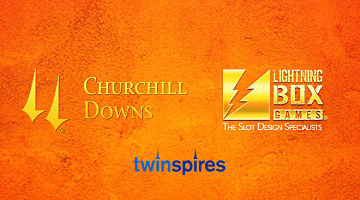 The Australian online slots specialist, Lightning Box, has announced it’s broadening the US market reach. The provider has signed a deal with Churchill Downs to roll out its most popular games to the online casino brand TwinSpires.

The iGaming content provider made its debut in the newly regulated Michigan this January. Lightning Box’s portfolio became available through its distribution partner SG Digital and its OpenGaming platform.

The latest collaboration allows the Aussie slots studio to launch its most famous titles on the locally licensed TwinSpires online casino and sportsbook. The TwinSpires’ clients will now be able to enjoy playing entertaining Lightning Box titles Lightning Leopard, Lightning Horseman, and Chicken Fox. These games represent the first wave of releases as the supplier plans to further bolster the US market presence.

However, Lightning Box is not presenting its portfolio to the US players for the first time. The iGaming specialist entered the US market back in 2014 when they first introduced its content to gamers in New Jersey via Amaya (The Stars Group). The move helped the Sydney-headquartered studio to become a reputable content developer for US land-based casinos.

Then, in November 2020, Lightning Box launched its slots lineup in Pennsylvania to expand the US market footprint. The latest deal with Churchill Downs will strengthen the Australian studio’s reputation and make its entertaining games available to more US players.

The CEO and co-founder of Lightning Box, Peter Causley, said they were excited to learn that their content would become available via one of the most innovative digital casino brands in Michigan. He added that Churchill Downs didn’t need any special introduction as sports fans were familiar with the brand.

Furthermore, he remarked they were pretty impressed to see that TwinSpires sportsbook and online casino were making quite progress too. Finally, Mr. Casuley pointed out that many Americans already love their games and that the company was looking forward to presenting them to players from Michigan.

The VP iGaming Richard Sagman from Churchill Downs also said that the company was excited about the new partnership with one of the leading Australian casino games developers. Lightning Box creates good quality games, so Mr. Sagman said that they were sure the players would enjoy them.