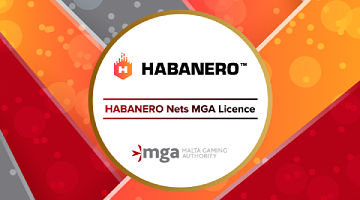 Habanero, one of the leading developers of online casino games, kicks off the new year in style. The supplier managed to secure one of the most notable Europe’s and world’s iGaming licences.

This premium online casino games supplier managed to achieve an important regulatory milestone that makes the new 2021 an excellent year for Habanero right from the start.

The supplier’s new certification crowns an outstanding three-year period during which the company managed to grow its footprint across Europe. As a result, Habanero has positioned itself as one of the best Europ’s iGaming software studios.

Habanero Systems is a proven slots, table games, and video poker specialist. The company has already built an enviable reputation for its high-quality, engaging games that feature impeccable design and perfect sounds. Habanero’s portfolio of games contains over 100 titles that have already shown the full potential in terms of engagement and quality. Furthermore, Habenero titles are one of the revenue drivers for operators across Europ’s regulated markets.

Hence, the new licence is the icing on a cake as it allows this studio to provide its games to Malta-based operators in the near future. The latest certification will also help Habanero strengthen the preliminary partnerships with Scandinavian operators based in Malta. Furthermore, Habanero will be able to strike deals with brands who plan to enter the newly-regulated German gambling market before the Interstate Treaty on Gambling come to force in July 2021.

Commenting on the Latest Achievement

Head of Business Development Europe at Habanero, Arcangelo Lonoce, said that the newest expansions, especially in Italy, had established Habanero as one of Europ’s fastest-growing gaming developers. He also added that the company was genuinely excited to open a new chapter in its development by obtaining one of the most reputable accreditations.

He further said that Habanero’s latest achievement resulted from all its global teams’ outstanding work. As a result, their best games will now reach more players than ever before. Lonoce stated that Habanero was thrilled to see how their games would help its new partners grow, announcing even more new partnerships in the future.

In 2020, Habanero signed several important deals with tier-one operators such as LeoVegas, Bet365, and Playtech.